Since Candelilla wax may be used in several applications, it is highly appreciated for different national and international industries, especially cosmetics. Mexico is the only Candelilla wax producer, and a big part of this production is exported to different countries. In order to guarantee the sustainability of the Candelilla plant during the production of the wax and further exportation, there are some national and international regulations that must be met, as explained below.

NATIONAL LEGAL FRAMEWORK FOR THE EXPLOITATION OF CANDELILLA

The exploitation of Candelilla is regulated by the Sustainable Forest Development General Law (Ley General de Desarrollo Forestal Sustentable LGDFS) through its Regulation (Reglamento RLGDFS), as well as the Norm NOM-018-RECNAT-1999.

In order to obtain these permits a Technical Study must be done by a Forestry Engineer. The harvesting also has to be controlled by the Engineer named in the Permit, which must be registered in the National Forestry Registration (Registro Forestal Nacional). Every six months each permit holder must notify to SERMARNAT how much Candelilla wax has been produced, additional to an annual report about the conditions of their area that must be elaborated, according to the article 27 of the Regulation RLGDFS. When the wax is going to be sold or transported, the permit holder must provide a Forestry Permit that meets the policy’s requirements.

The criteria and technical specifications to sustainably harvest the Candelilla are described in the Norm NOM-018-RECNAT-1999. However, this Norm is going to be replaced by the Mexican Official Norm NOM-005-SEMARNAT-2012, that was published in July 2012 in the Federation Official Paper to be consulted by the public, and later on will be published on line.

CITES (the Convention on International Trade in Endangered Species of Wild Fauna and Flora) is an international agreement between governments signed in Washington D.C. on 1973 and coming into effect July 1, 1975. Its aim is to ensure that international trade in species of wild animals and plants enlisted in its Appendices does not threaten their survival. CITES is one of the most important international agreements of biodiversity conservation since its guidelines are incorporated in the national legislation of the signatory countries. Mexico is part of the CITES since 1991.

CITES regulates the exportation, re-exportation, importation, and introduction from the sea of plants and animals dead or alive included in its Appendices. This regulation is based on a permits and certifications system that can only be issued if certain conditions are met, and must be presented to get out or get in a country. For this it is essential that each signatory country designates one or more Administrative Authorities, that regulate and issue the permits and certifications, and one or more Scientific Authorities that advise on the effects of the commercial trade on the species.

In Mexico there are three CITES Authorities:

Since 1975, Candelilla (Euphorbia antisyphilitica) has been listed in Appendix II of the Convention on International Trade in Endangered Species of wild Fauna and Flora (CITES), under Euphorbia spp.  Therefore, its international trade requires a CITES certificate issued by the CITES Management Authority of Mexico (i.e. the Wildlife Department of the Mexican Environment Ministry; DGVS-SEMARNAT), and must be endorsed by the National Commission for Knowledge and Use of Biodiversity (CONABIO).

Since 2010 the Candelilla has the annotation number 4 to exempt “all the finished products of Euphorbia antisyphilitica packaged and ready for retail trade” (http://www.cites.org/eng/notif/2010/E036.pdf), in such a way that those who commercialized with finished products may internationally trade them with no need of a CITES permit. 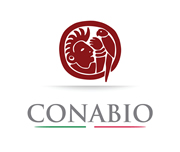 The National Commission for the Knowledge and Use of the Biodiversity CONABIO (Comisión Nacional para el Conocimiento y Uso de la Biodiversidad) is a commission formed by different ministries in 1992 with permanent character. CONABIO has the mission to promote, coordinate, support and perform the activities to increase the knowledge of the biological diversity, as well as its conservation and sustainable use for the benefit of society.

Since 2000, CONABIO is the CITES Scientific Authority in Mexico, its mission is endeavor that the international trade of the species listed in the CITES Appendices to be regulated using the best scientific, technical and commercial evidence available, in order to ensure the conservation and sustainable exploitation.

Appendices I, II and III of the Convention are lists of species afforded different levels or types of protection from over-exploitation (see How CITES works).

Appendix I lists species that are the most endangered among CITES-listed animals and plants (see Article II, paragraph 1 of the Convention). They are threatened with extinction and CITES prohibits international trade in specimens of these species except when the purpose of the import is not commercial (see Article III), for instance for scientific research. In these exceptional cases, trade may take place provided it is authorized by the granting of both an import permit and an export permit (or re-export certificate). Article VII of the Convention provides for a number of exemptions to this general prohibition.

Appendix II lists species that are not necessarily now threatened with extinction but that may become so unless trade is closely controlled. It also includes so-called “look-alike species”, i.e. species of which the specimens in trade look like those of species listed for conservation reasons (see Article II, paragraph 2 of the Convention). International trade in specimens of Appendix-II species may be authorized by the granting of an export permit or re-export certificate. No import permit is necessary for these species under CITES (although a permit is needed in some countries that have taken stricter measures than CITES requires). Permits or certificates should only be granted if the relevant authorities are satisfied that certain conditions are met, above all that trade will not be detrimental to the survival of the species in the wild. (See Article IV of the Convention).

Appendix III is a list of species included at the request of a Party that already regulates trade in the species and that needs the cooperation of other countries to prevent unsustainable or illegal exploitation (see Article II, paragraph 3, of the Convention). International trade in specimens of species listed in this Appendix is allowed only on presentation of the appropriate permits or certificates. (See Article V of the Convention).