The Candelilla plant is found nearly exclusively in a semi-desert region of Mexico, situated in the geographic zone known as “The Chihuahuan Desert”. 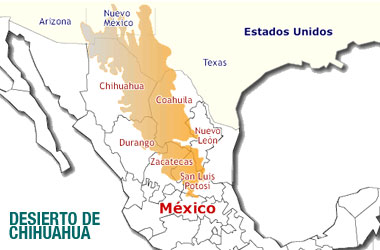 The Chihuahuan Desert, the largest desert area in North America, extends over more than 450,000 km2 (174,000 mi2) with approximate dimensions of 1,280 km by 400 km (800 mi by 250 mi). The largest portion of the desert is in Mexico, comprising regions of the states of San Luis Potosí, Zacatecas, Coahuila, Durango and Chihuahua. The desert extends to the United States, over the southeast portions of the states of Arizona, New Mexico and the south of Texas. 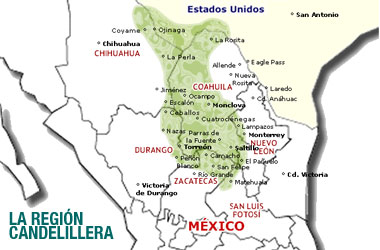 The Chihuahuan Desert is one of the richest desert areas in the world in terms of biological diversity. Its particular humidity, soil composition and temperature conditions favor the growth of nearly a quarter of the 1,500 known species of cactus, as well as diverse floral species that can only flourish in this particular part of the world. Such is the case of the Candelilla plant.

The gathering of the Candelilla plant for the production of natural wax has been one of the most important economic activities of the Chihuahuan Desert in five Mexican states. It is estimated that there are currently 3,500 small producers of Candelilla wax on 230 farms in 33 municipalities in the rural northeastern part of Mexico. 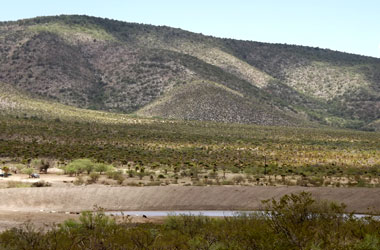 However, the Candelilla continues to be exploited using the same techniques as have been used for nearly a century. It is urgent that sustainable development practices for its cultivation and conservation be implemented, as well as new transformation techniques and industrial production practices.